Home » Overview » About The Villa

The structure is externally a fine and somewhat unusual example of a historic Tuscan farmhouse style, the Leopoldina. 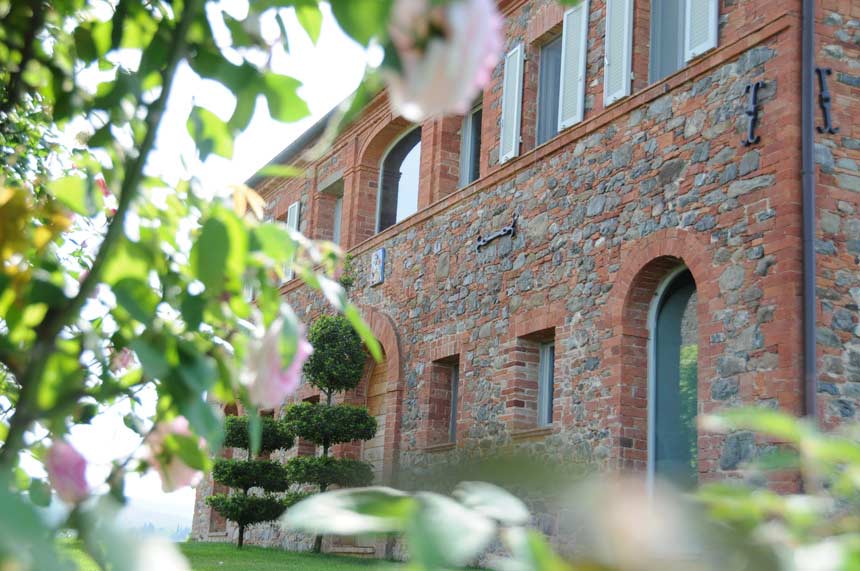 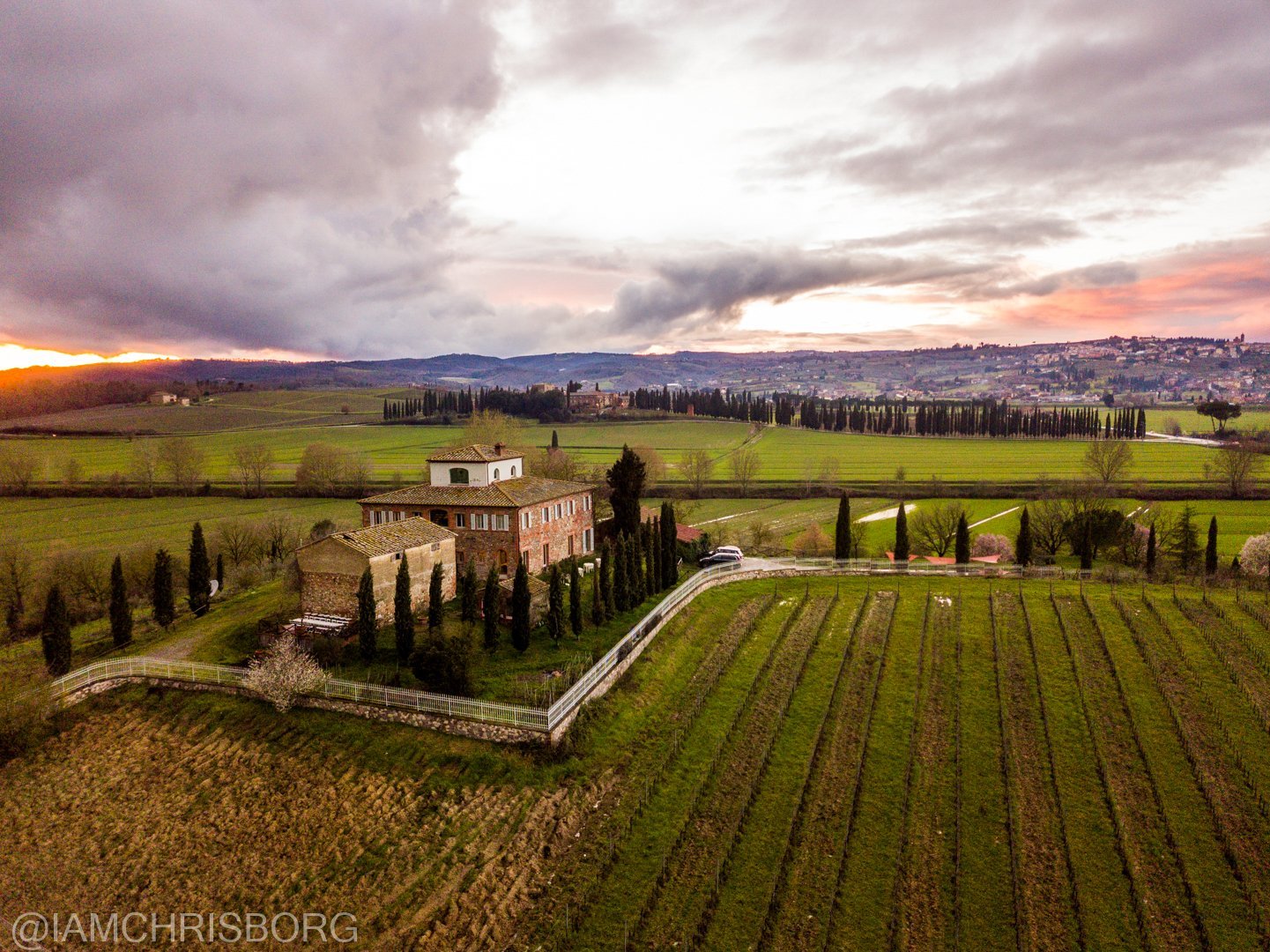 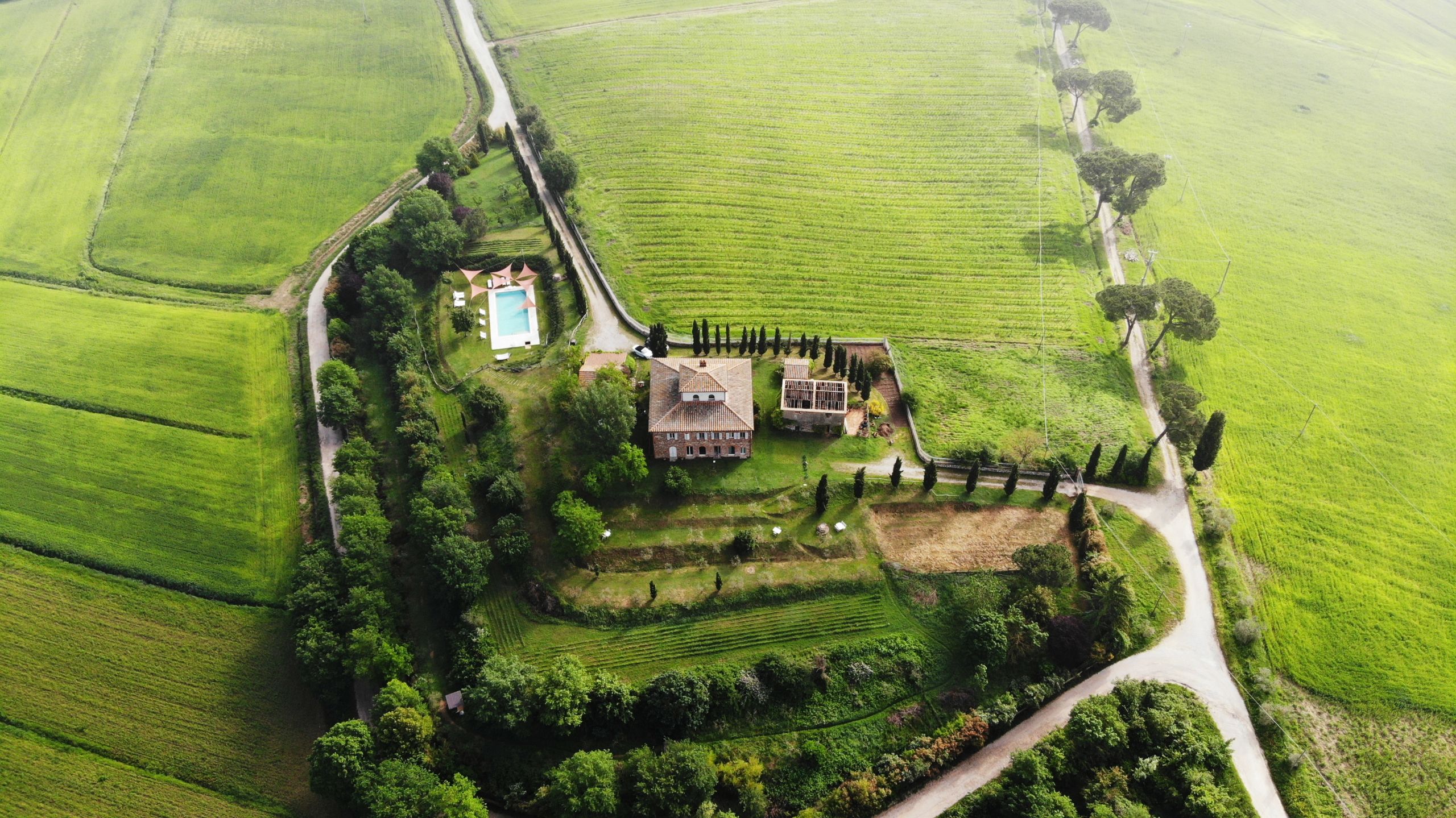 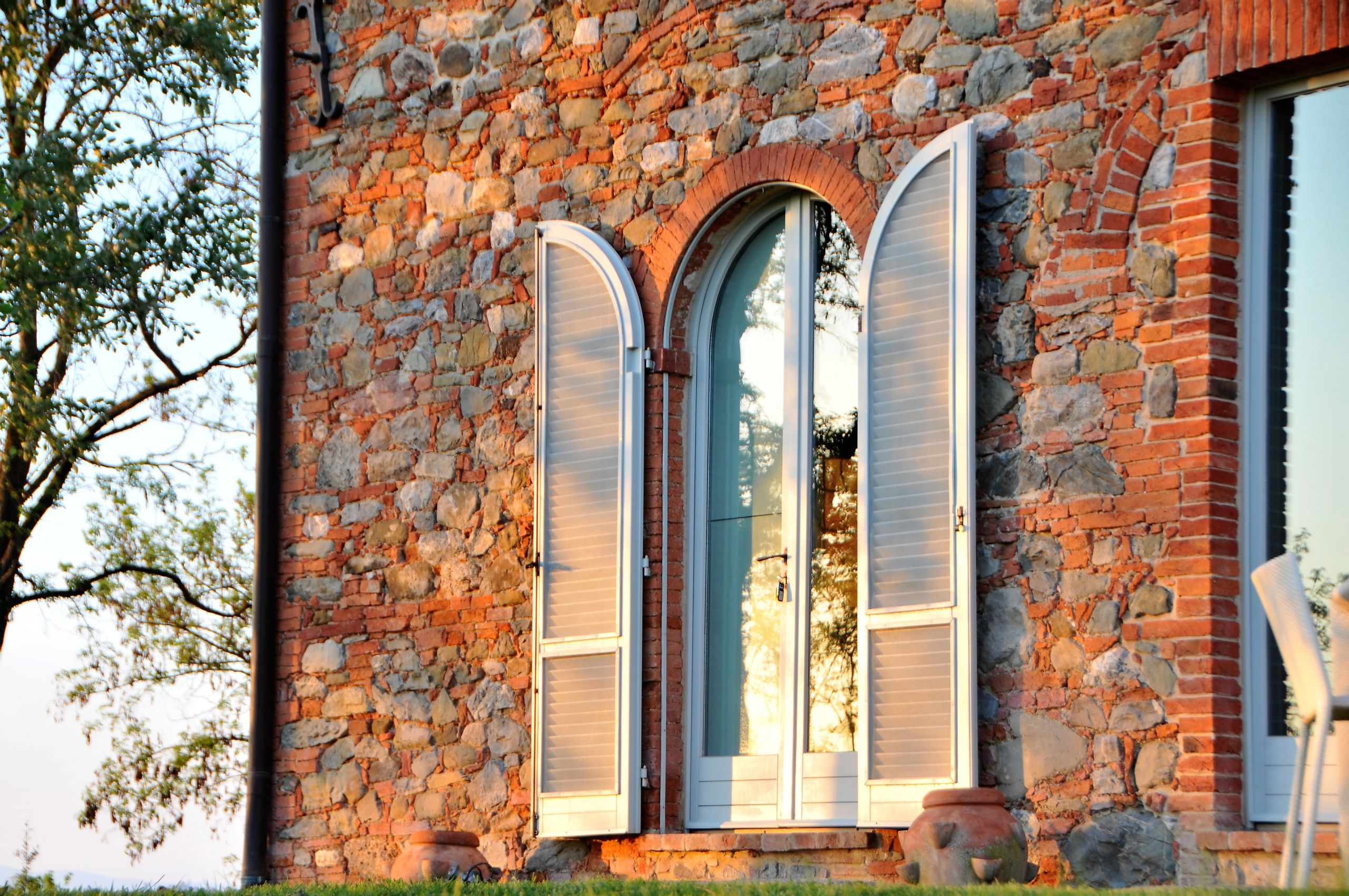 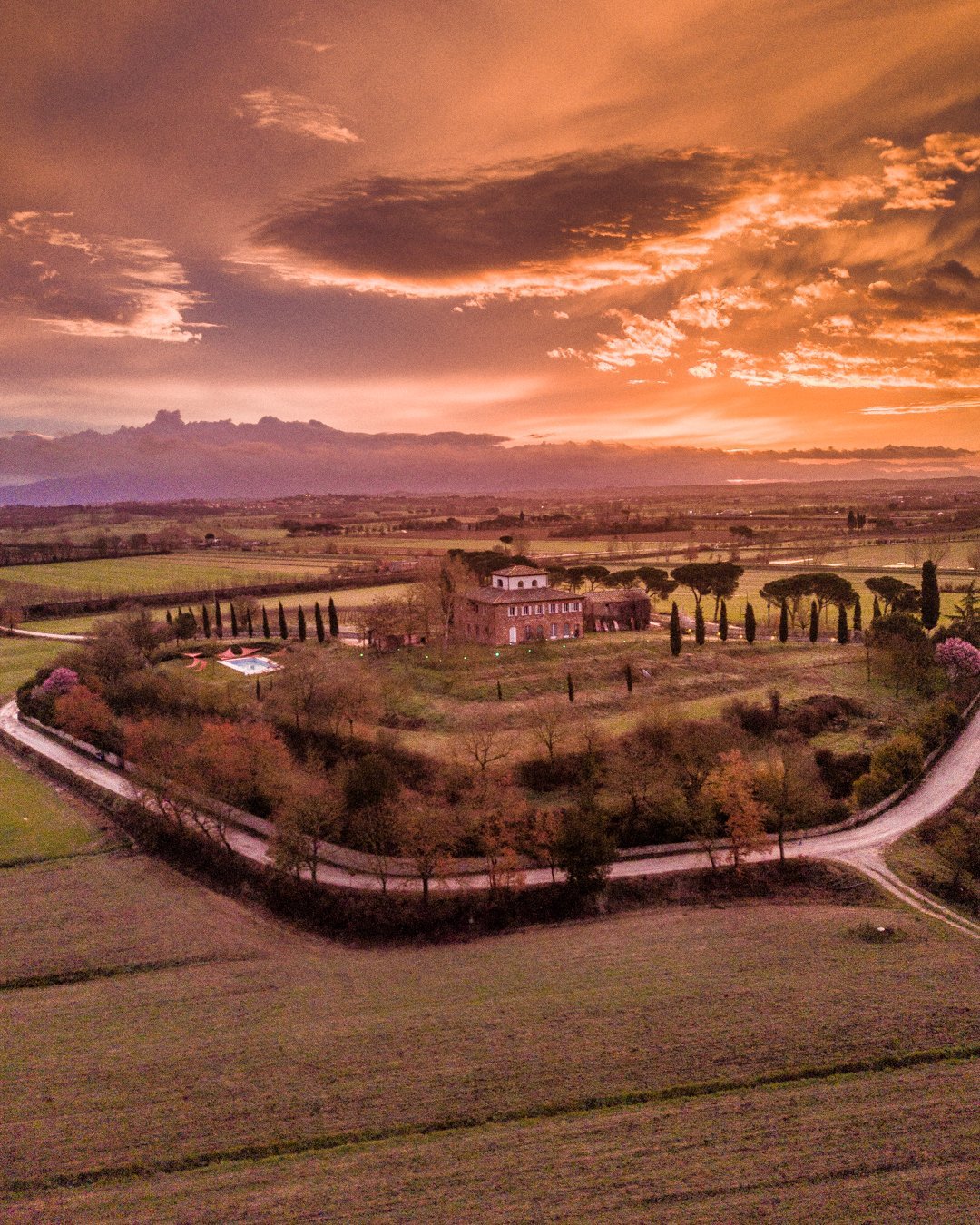 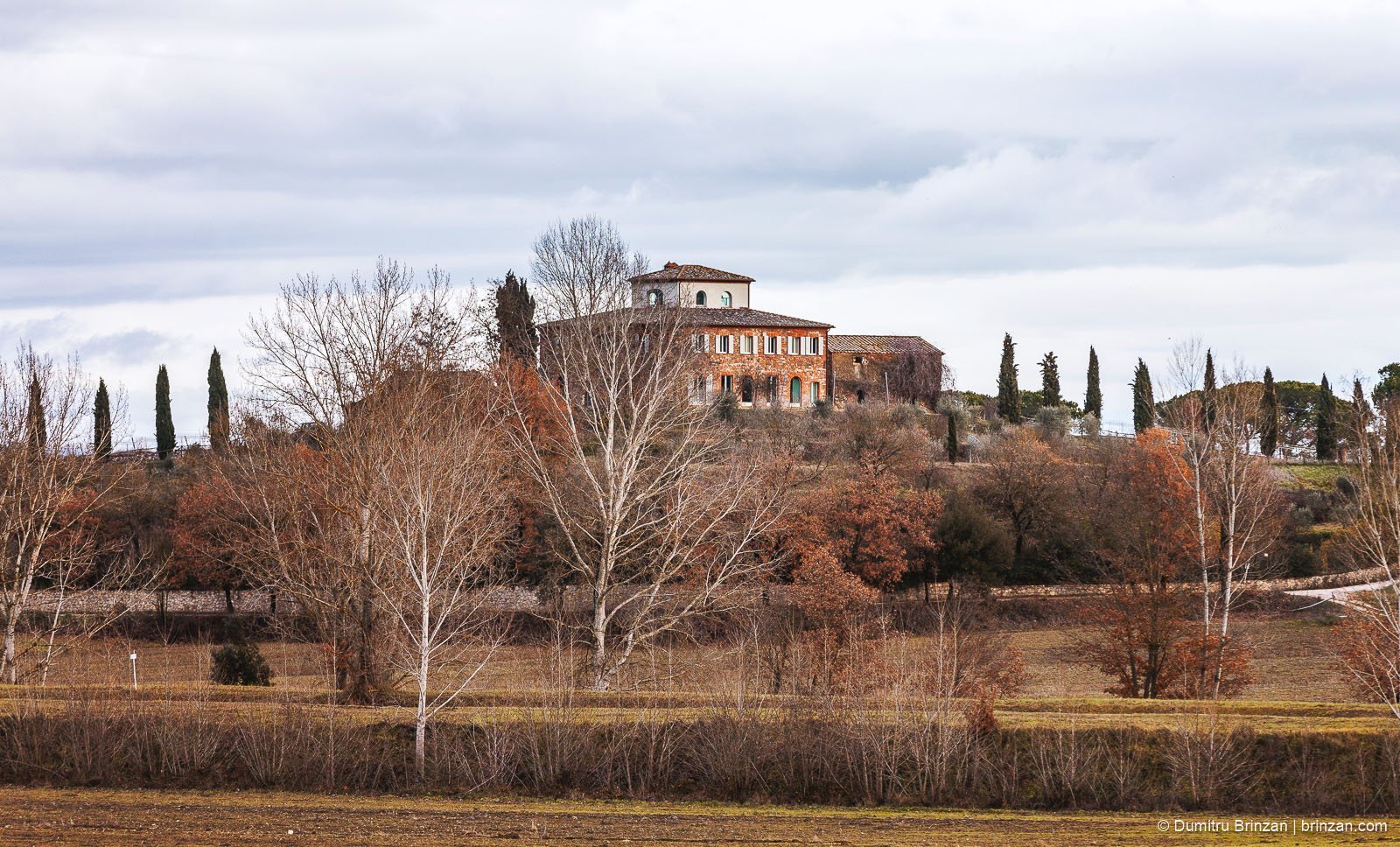 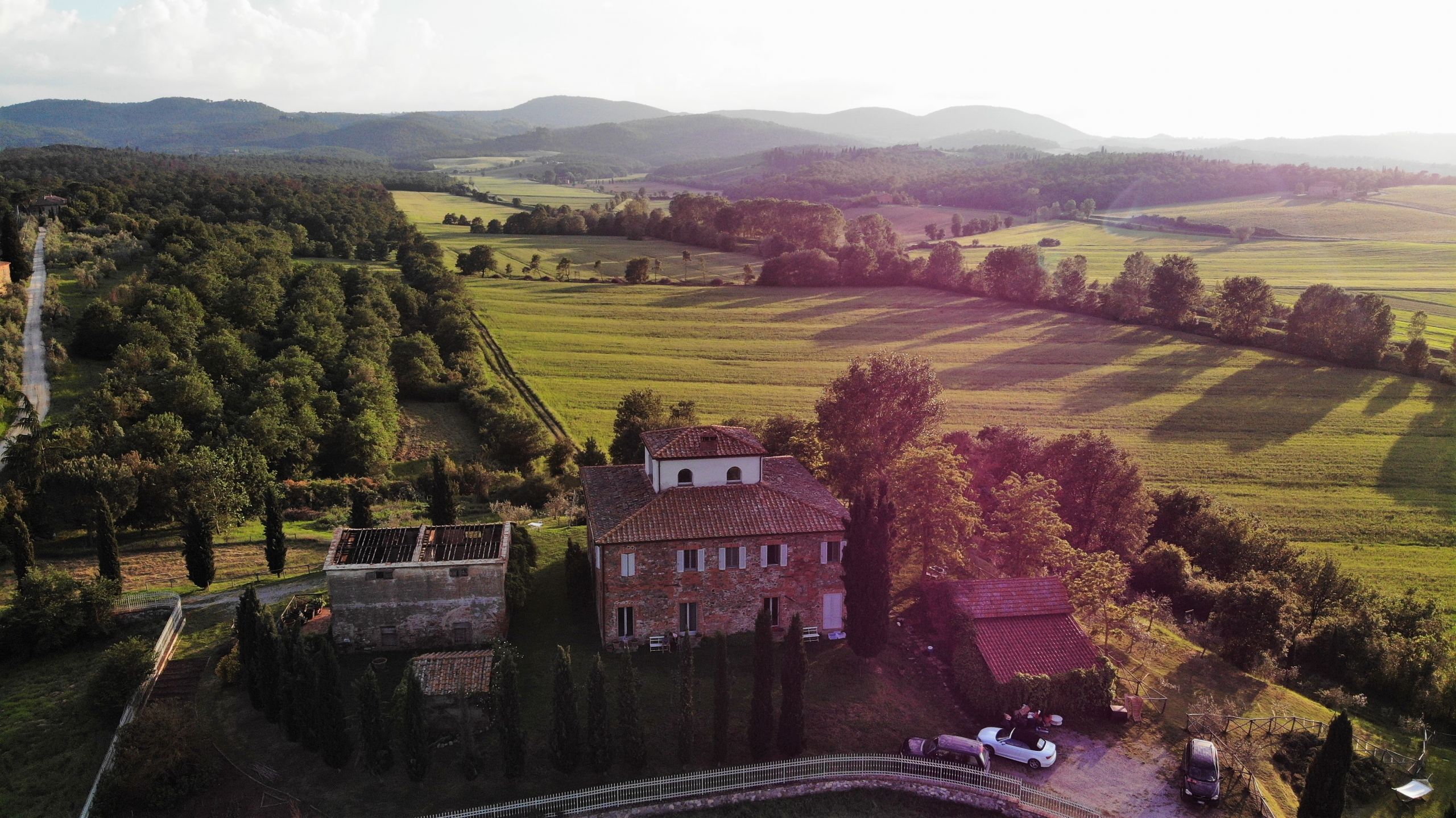 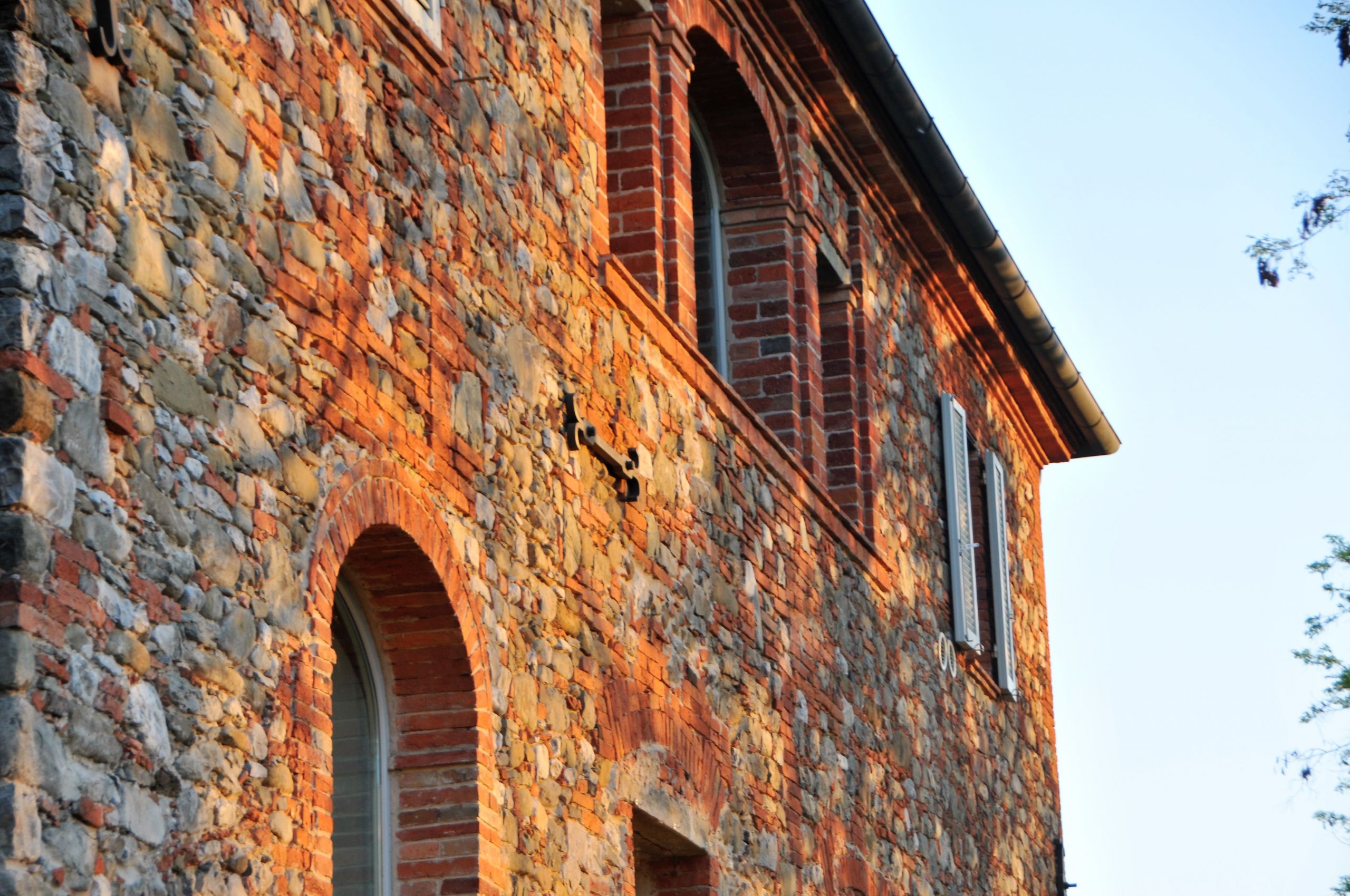 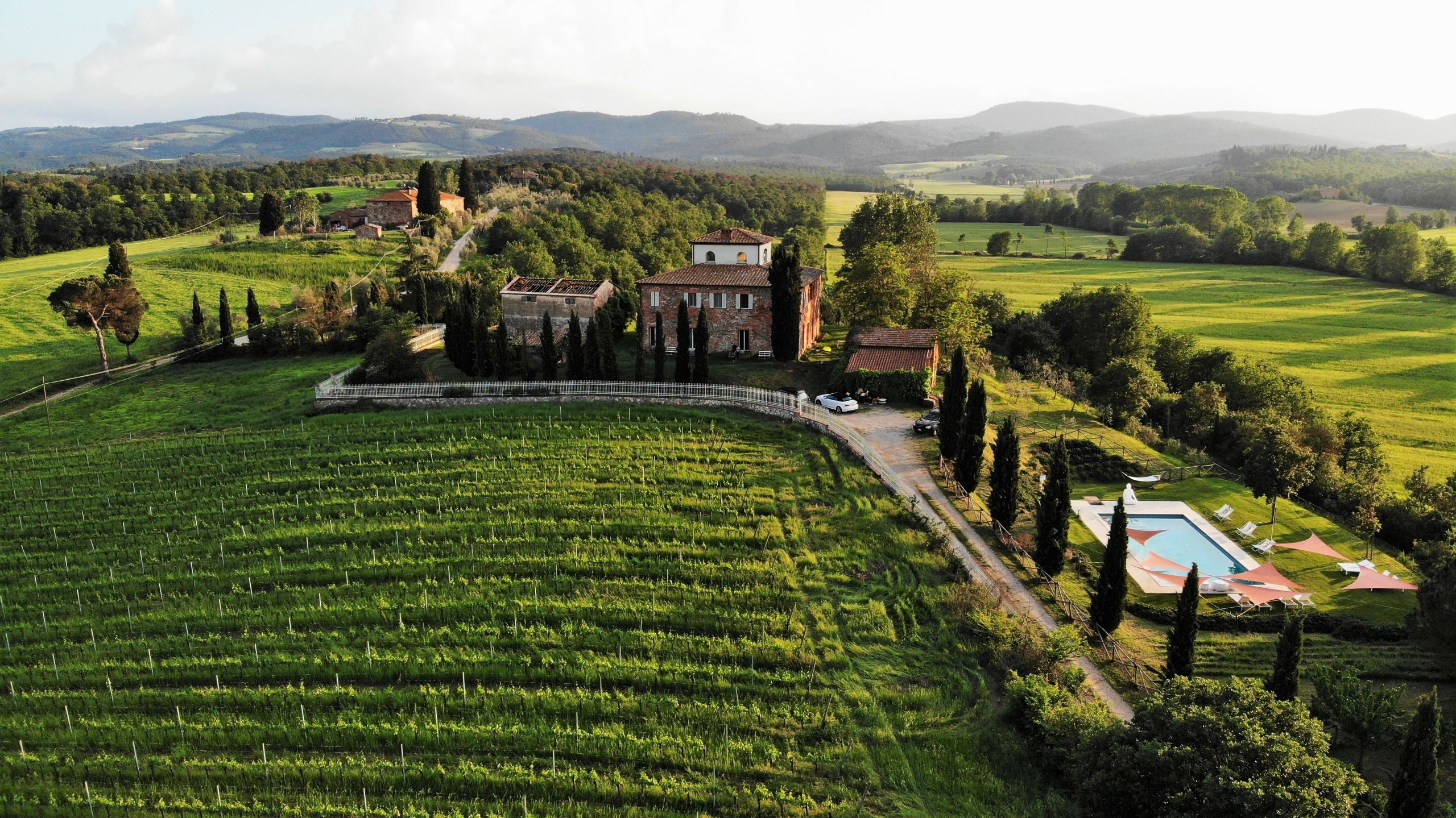 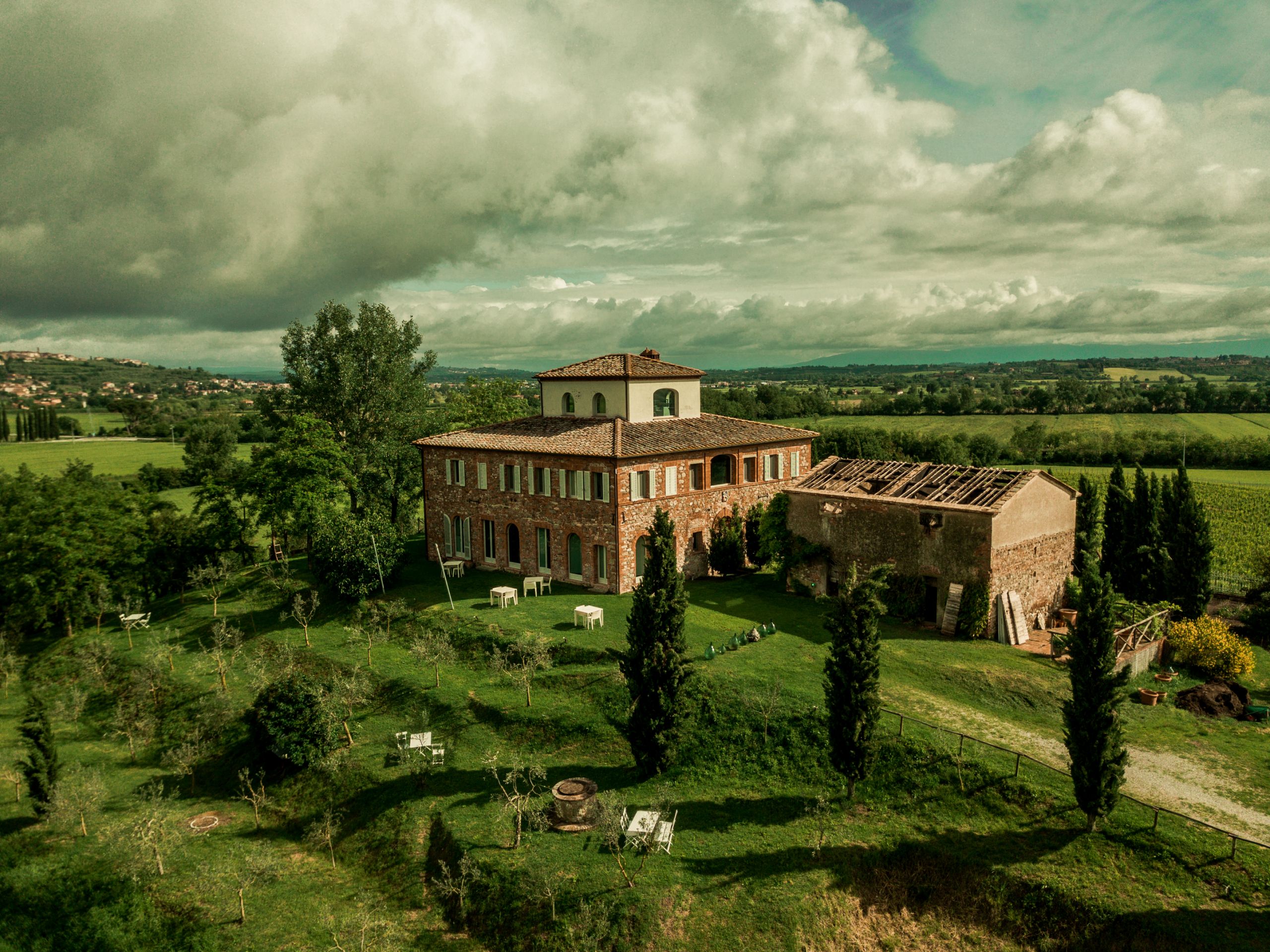 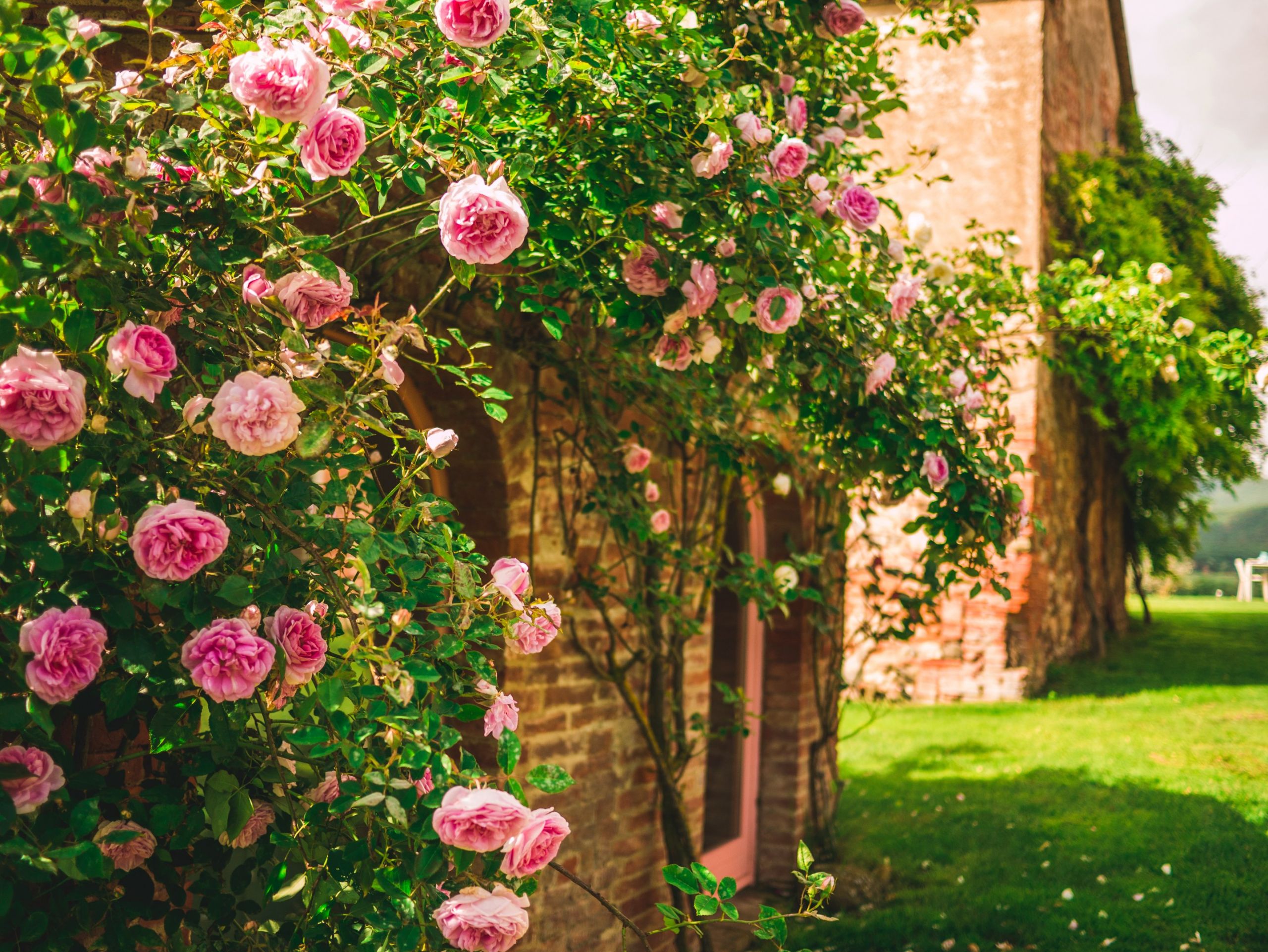 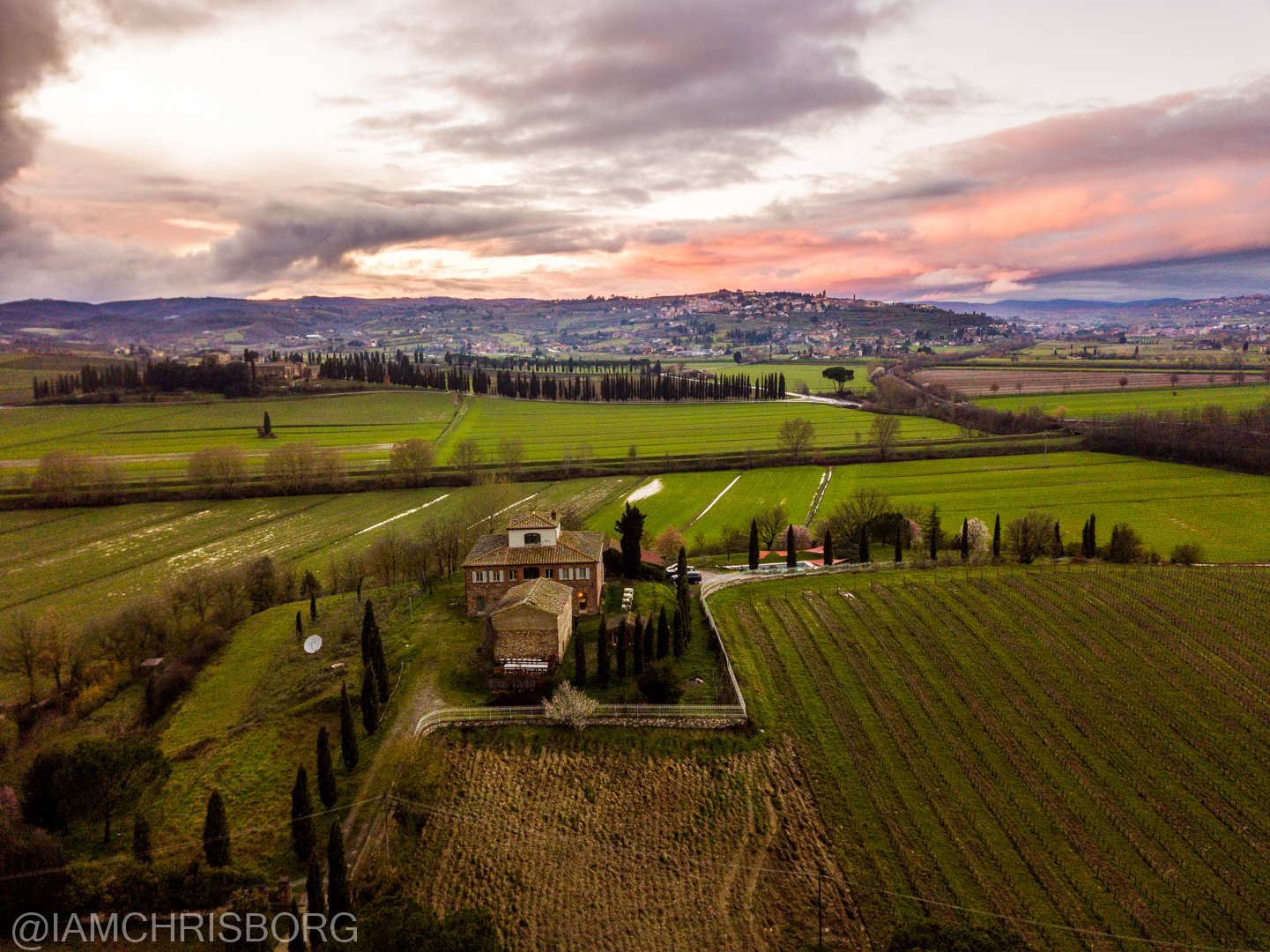 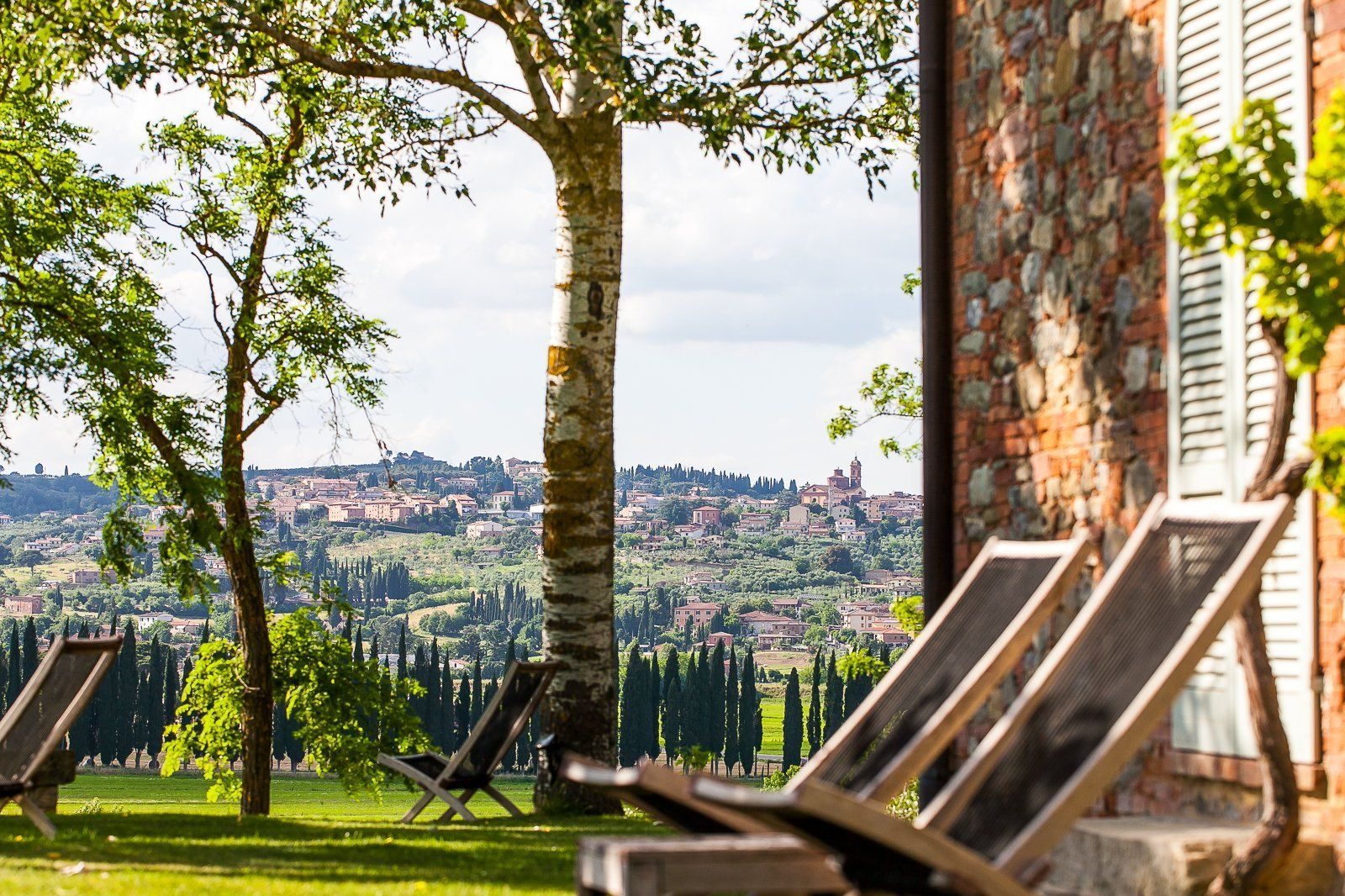 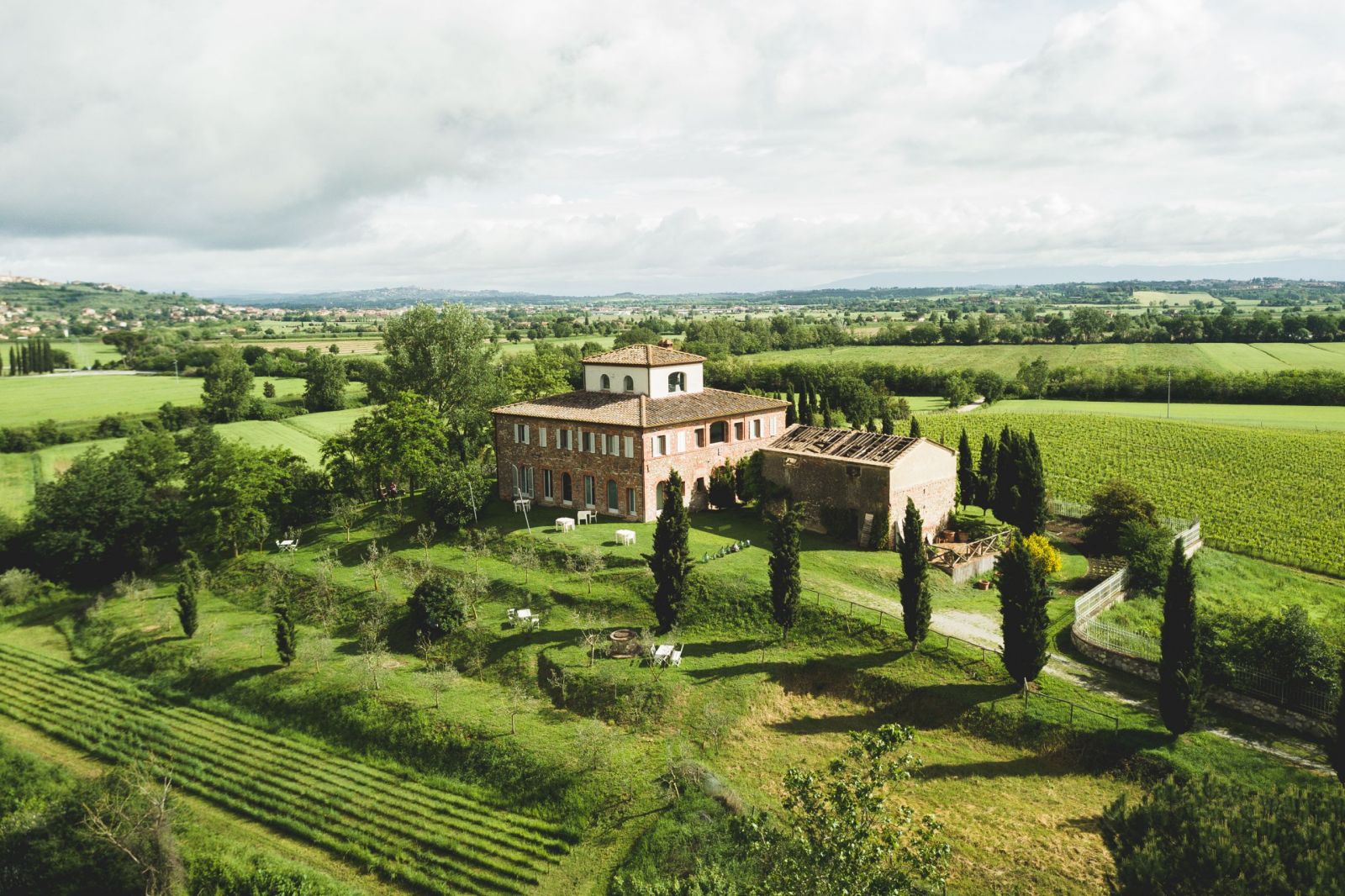 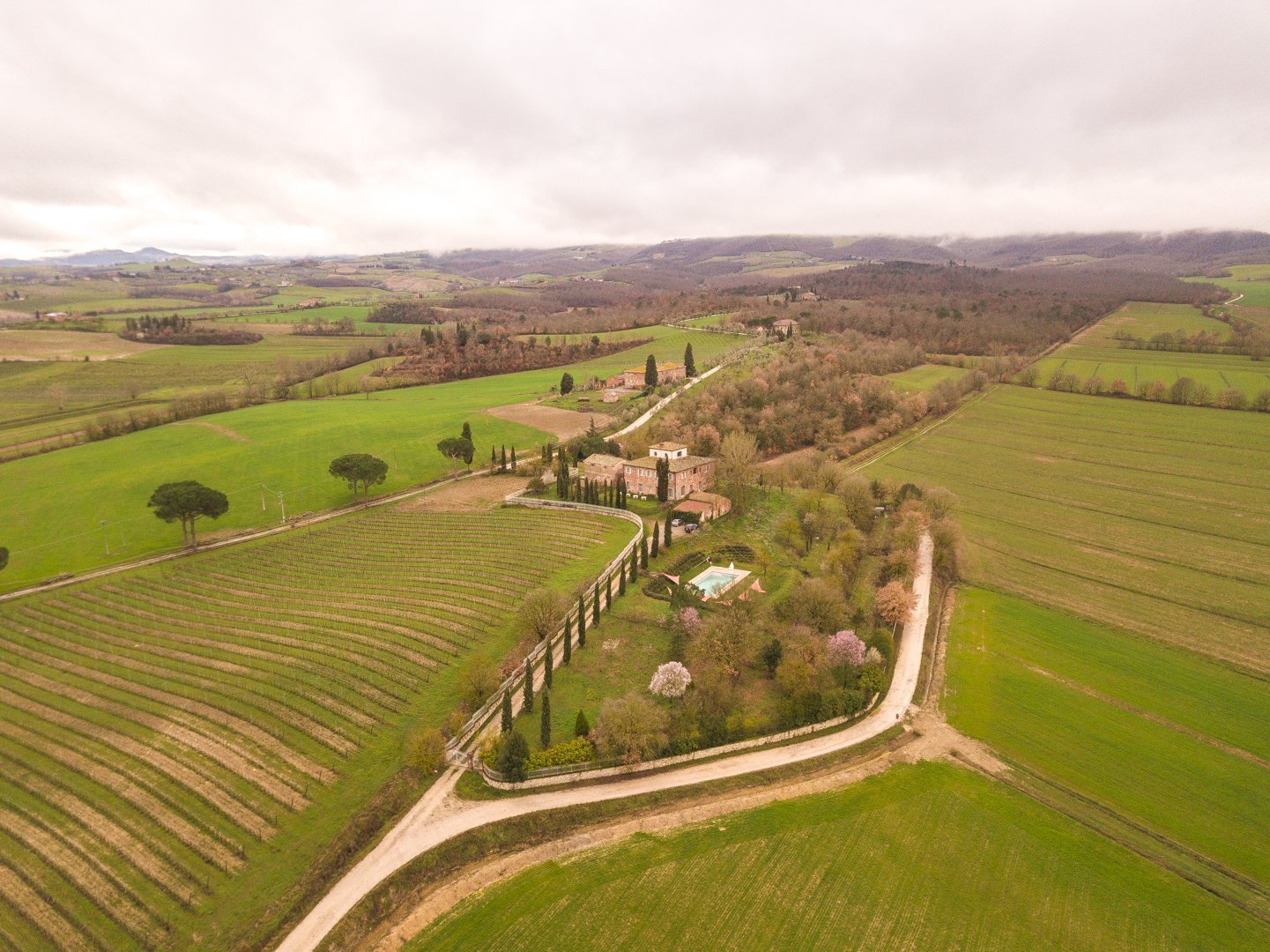 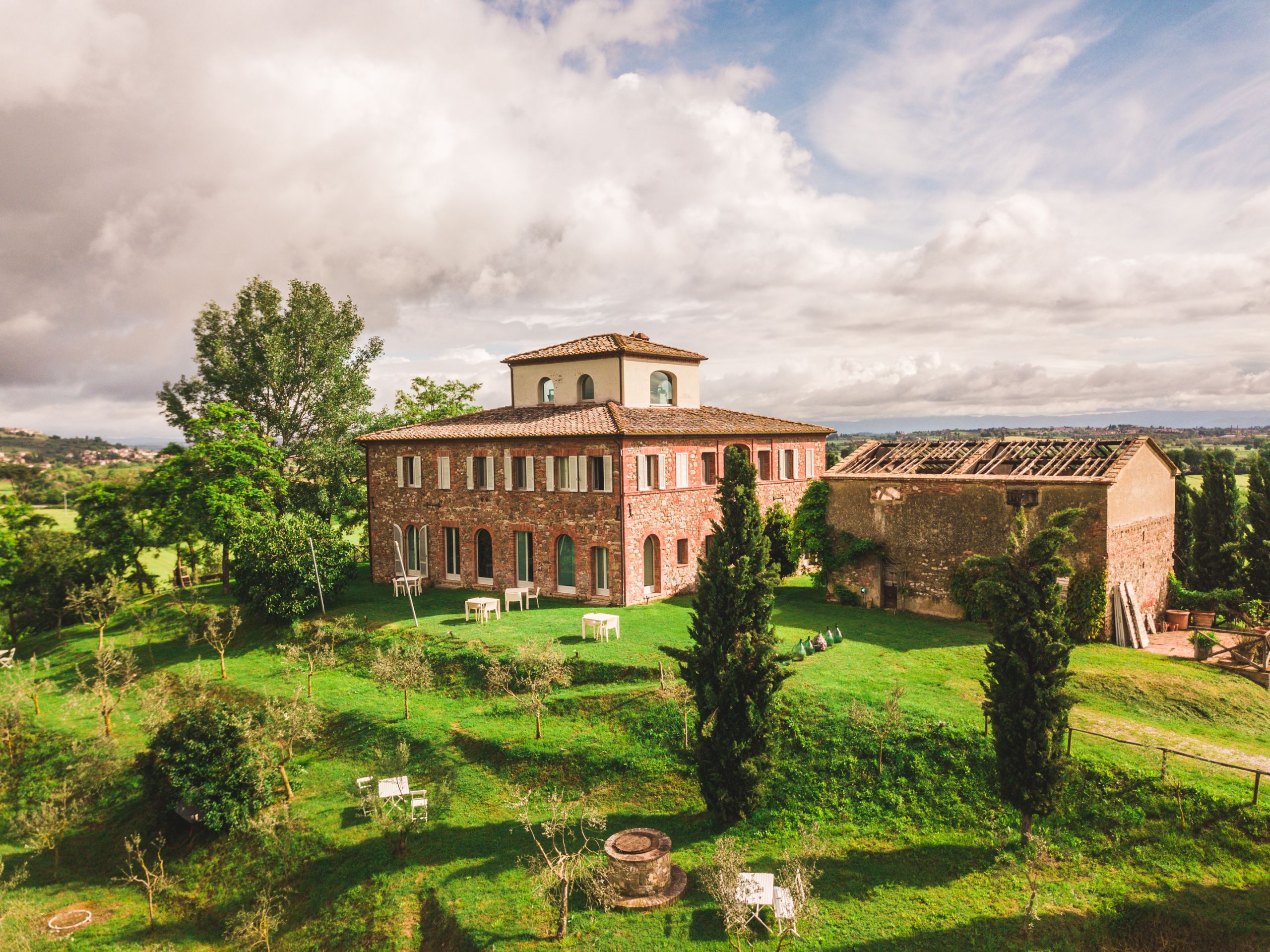 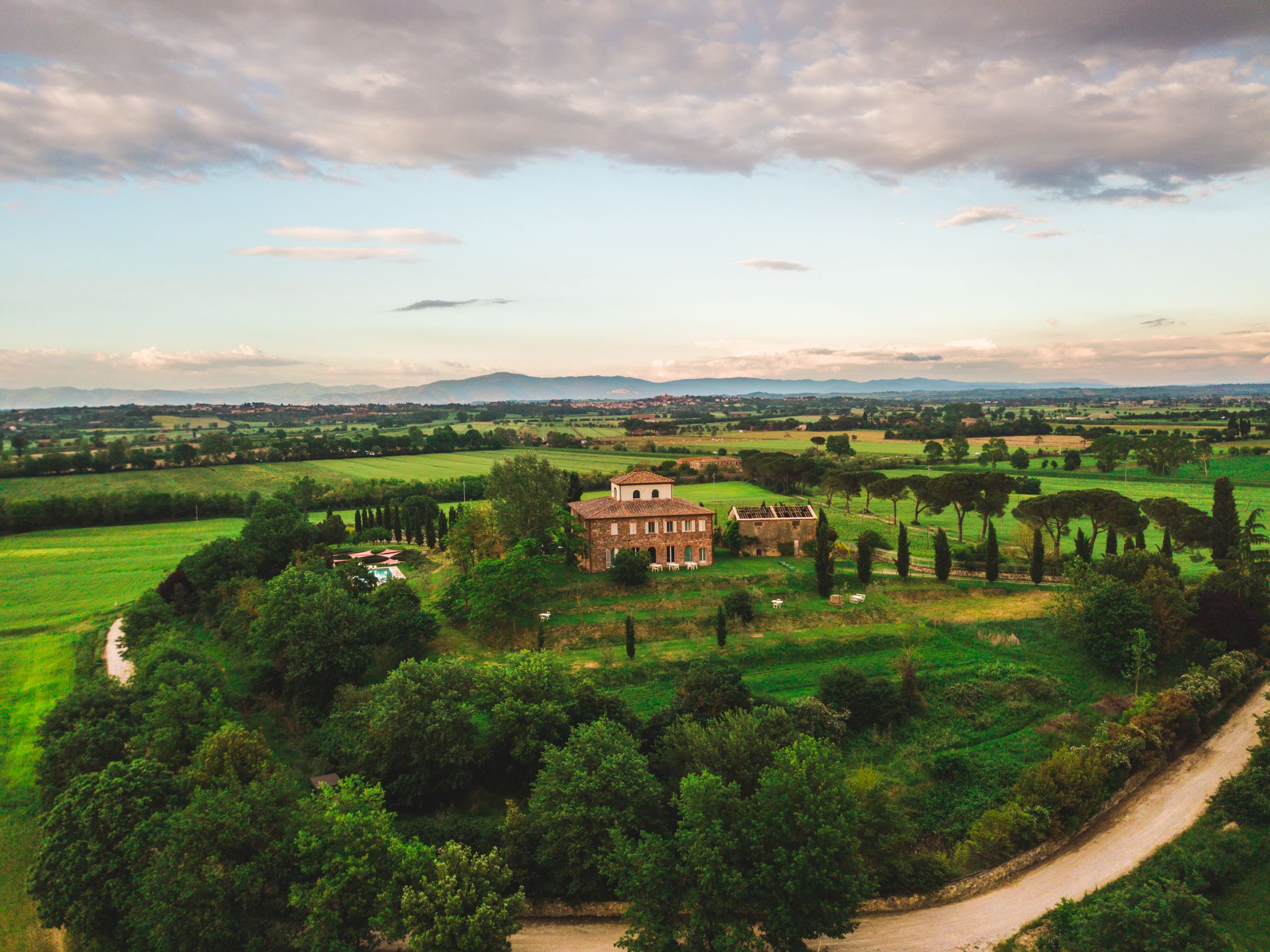 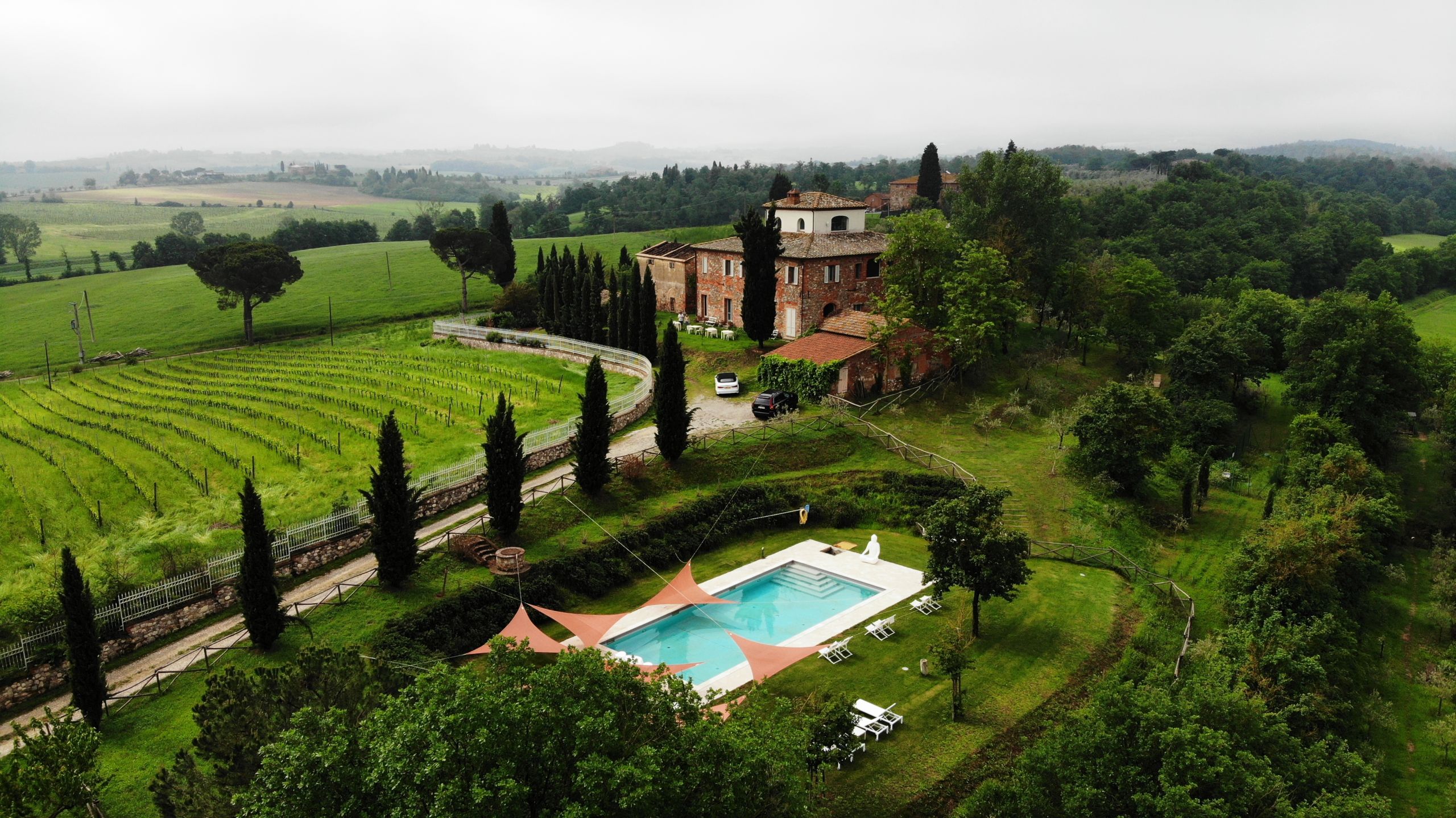 About the Leopoldina Design

Named after Leopoldo, Grand Duke of Tuscany, whose design it was, the Leopoldina was conceived to be a new type of farmhouse, intended to provide a better quality of life to the farmworkers of the day. Leopoldo’s innovation was to bring the housing of the Chianine, the Ox stalls, within the walls of the structure, that the first floor accommodations would benefit from the warming effect of the animals below. Residing on the upper levels also brought some relief from the Mal Aria or Bad Air to the farmworkers, at least overnight. Bad air, during the time of Leopoldo, was the presumed cause of the disease that we now call Malaria, a problem in Tuscany at the time. To complete the design, a handsome central tower or Colombaio was built into the roof. The idea was to attract the Colombacce or Collared Doves into residence within, as a source of food.

Leopoldo’s design is considered to have brought significantly better living conditions to the farmworkers from its inception in the 1750s. The building type is found principally within the Valdichiana Aretino but with a good number present, including this one, within the territory of the Valdichiana Senese. Instantly recognizable, when touring this area, look for an imposing, often square structure with large, Oxen-sized doorways, pleasing symmetry, and a small tower built into the roof, and you’re probably looking at a Leopoldina.

The History of this leopoldina

This house would have been occupied by roughly 5 families/20 or so individuals, all working the surrounding land, all housed by and crop sharing with a landlord, a system that continued until the 1950s. Back in the day, when the house was part of the Tenuta La Fratta, the organically farmed estate that surrounds us, several heads of Oxen or Chianine occupied the stalls at this property. The Chianine were ‘dressed’ for work in what is now the entrance hall. They were also bred here:There was a nursery room on the south-west corner of the house where the calves were born.

Following the end of the Mezzadria or sharecropping ere, in more recent times, the house was abandoned and fell into disrepair. During the 70s and 80s it was used as a vantage point from which to observe the hunt and at the end of the 80s it was purchased by a gold trader from Arezzo who proceeded immediately to build a brick and stone wall that enclosed the entire hill, securely. With the collapse in gold prices a few years later, he was forced to sell his project, and the rest is our history.

Recently we have had the pleasure of meeting Ornelia Boscagli, who knows this house well since her childhood, and has told us of the people and animals that once lived here, the work of the house and surrounding fields. Ornelia told us a story of wartime; during an oncoming air-raid German soldiers went out to collect the farm children, who were working away from their parents, and the Oxen, abandoned by their handlers in panic. The soldiers led the children, with chocolate, to cover in the forest nearby. Ornelia was about four years old and had never tasted chocolate before.

At our arrival, the house was something of a started project and a bit of a mess. We removed all the recent additions, modifications made since the 1950s, leaving only the bare bones of the original rooms and divisions of the Leopoldina design, to contemplate and plan around. We sat with the pared back structure, and eventually intervened very little division-wise, being rather taken by the glorious open spaces: The first floor of the house remains somewhat faithful to its original use, with a large open-plan living zone and a fireplace, central to 4 private corner accommodations. At ground level, the granary and stalls we united, bringing the majority of volume at ground level into one continuous space.

The house is not only a Leopoldina, but also a casa colonica meaning colonized dwelling, or a house that grew with its occupants. More volume was constructed as more living space was required. The Leopoldina we see today was likely a reworking of a smaller, ancient property that is now the central part of the house.

Riccardo the Guardia Caccia (Gamekeeper) at Tenuta La Fratta, our neighbour, is a great source of local history and lore. He recently told us that the original dwelling place at this site predates the fall of the Roman Empire, and that the original name of this property Pietrabianca which means ‘white stone’. It is thought locally that the name referred to the presence at this location of a site sacred to the Etruscans, built in white stone.

Certainly, the central room of the house (shown in the image below) is the oldest ‘visible’ part of the building. Riccardo is convinced that there is something magnificent beneath! The smaller, original dwelling was most likely surrounded by water on three sides, judging by Leonardo da Vinci’s maps of this area.  In paintings dating from the 12-1300s we can see the house shown as a group of barn like structures.

The surrounding land is extremely fertile. At the time of the Etruscans, large parts of Tuscany were underwater, under a vast lagoon that was later drained by the Romans. But the waters rose over again in the Middle Ages, when a pope dammed a river near Orvieto for defensive purposes. And so over the following 300 years the waters rose. Indeed, close by to our location, large areas were still wetlands until the time of Leonardo da Vinci—who drained the waters as the engineer to the Medici family, revealing vast areas of fertile land.

Our area is a historic centre for beef production and the zoological origin of the Chianina. The animals are visible from the windows looking out to the North, at La Fratta, where you will find the largest herd in Tuscany, grazing in the valley below. For those who love beef, or simply local specialities, dining at the local Toraia or bull house during your stay, comes highly recommended.